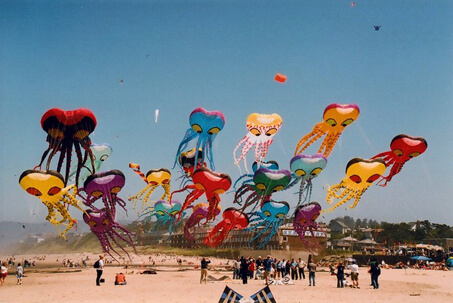 Thought it would be fun to post some information from the Oregon Encyclopedia about the history of Lincoln City.  With so many travelers coming each year to our vacation rentals, it is sometimes nice to know a little about the history of where so many spend their leisure time.

At the beginning of the twentieth century, a string of small beach towns with their own distinctive beginnings and characters grew up in north Lincoln County. Decades later, five of the towns—Taft, Oceanlake, Delake, Nelscott, and Cutler City—consolidated to form Lincoln City.

Taft originated as the “allotment” of Sissie (1859-1931) and Jakie Johnson (1859-1933), Siletz Indians whose allotment was compensation for reservation lands taken by the Dawes Act of 1887. With its location on Siletz Bay, which gave the town access to the ocean, and the Siletz River, which provided transportation inland, Taft became the center of the area’s social and economic life.

Oceanlake began as a campground owned by Herbert Rexroad and Edgar L. Hoyt. The tract was registered as Devils Lake Park in the mid-1920s. Another tract, owned by the Catholic Church, was called Raymond, after the church’s pastor. In 1926, when a post office was established, Mrs. H.E. Warren officially named the town Oceanlake because it was situated between the ocean and the lake.

Early Delake residents included Mr. and Mrs. Henry Hostetler, who bought Indian allotment land in 1910, and the brothers Alvin and Harry Thorpe. There is some speculation about the origin of the name of Delake. Some claim that early Finnish homesteaders would say, “I’m going to de lake,” and the phrase became the name. In another, the d and e constitute a French word meaning “by”—hence, the area “by the lake.”

Nelscott had a very different beginning. In the early 1900s, storeowner Charles P. Nelson glimpsed a lovely valley gently sloping to the ocean. Years later, when he and Dr. W.G. Scott searched for land to develop, they found it for sale and purchased it. Combining their last names, they formed the Nelscott Land Company, and the town of Nelscott was born.

Cutler City, the third townsite in north Lincoln County, was originally part of an allotment inherited by Charlie Depoe, a Siletz Indian. The land was sold to Mary and George E. Cutler, who established a townsite on June 4, 1913. On March 10, 1930, the town officially became Cutler City when a post office named in honor of the Cutlers was established.

When rapid population growth in the 1950s and the subsequent need for improved water distribution, sewers, and fire protection could not be met by each town individually, the towns began to talk about consolidation. In December 1964, after many failed attempts, the five towns voted to consolidate as one city; and on March 3, 1965, they officially incorporated as Lincoln City. The name was chosen from a newspaper ballot of five of the most popular names considered, which included Miracle Beach, Miracle City, Surfland, and Holiday Beach.

That year, sculptor Anna Hyatt Huntington donated a bronze statue of Abraham Lincoln to the new city. Although the birth of Lincoln City was slow and painful for some, the statue’s dedication by Governor Mark O. Hatfield marked a new beginning for the five towns that had become one.

Five Towns That Became One – The History of Lincoln City