Lighthouses offer a unique glimpse into Oregon’s past and emphasize the importance of the sea for West Coast residents. They guided mariners along Oregon’s steep and scenic coastline and were very important, because protected harbors are very scarce.

These towering lighthouses perched on spectacular headlands, saved souls and marked the boundary between sea and land. Each is a distinct marker that tells tales about the lifestyle and residents of the area, and Oregon abounds with them.

Twelve lighthouses dot the Oregon Coastline and a lightship rests in Astoria. Two of these were privately built and remain closed to the public. However, seven are open to the public and most are still active.

This lighthouse tower is the tallest on the Oregon Coast. At 93 feet tall, it warned vessels from as far away as 19 miles of coastal dangers. Resting on a basalt headland within the Yaquina Head Outstanding Natural Area, this spectacular lighthouse also offers views of gray whales, harbor seals, and migratory birds.

Two boats met their demise transporting supplies during construction. Three keepers manned the station and in 1873, the lighthouse was finally lit. It weathered strong coastal winds, but in 1920 lighting struck it. Nonetheless, this sturdy lighthouse persevered and you can wind up the circular stairs to see the massive lens and 1000 watt bulb to enjoy a panoramic view of coastal Newport.

This lighthouse had to fight for existence. It was only used for three years, and almost demolished several times. Originally, it guided settlers to the growing Yaquina Bay and the Newport area. It is unusual, because it looks more like a house with a light tower on the roof.

From the onset, the lighthouse seemed plagued with problems. Residents argued over a location and it was finally built and lit in 1871. By 1874, the light was out and the lighthouse abandoned, favoring Yaquina Head.

The eerie vacant structure sparked a fictional short story published in 1899 of a sea captain’s daughter never seen again after entering the abandoned lighthouse. Even though the story was fictional, a 1975 article stirred up notions that a ghost may be haunting the lighthouse. The article recounted a story of a young hitchhiker who stayed a night in the abandoned lighthouse. He claimed he saw a young woman floating outside one of the windows.

Fortunately, the lighthouse was fully restored. The lower area offers a fascinating look at Oregon’s maritime past and memorabilia, but the lantern room isn’t open to the public. The lighthouse is on the southern end of Newport, near the Yaquina Bay Bridge and entrance is by donation.

If you want a spectacular view of the Pacific, visit Heceta Head. It is a state scenic viewpoint perched on a rocky promontory in a cove at the mouth of Cape Creek, and the most photographed lighthouse on the Pacific Coast.

Built in 1894, this towering lighthouse housed families in a very isolated area. It once had a keeper’s house too, but it was later demolished. Its claim to fame was its role during World War II. The Coast Guard sent 75 men to guard the area against Japanese attacks. It is the most powerful lighthouse on the Oregon Coast, it is still active, and it shines 22 miles out to sea.

Lighthouse tours are available 7 days a week. Heceta Head Lighthouse is above the Sea Lion Caves, also worth visiting. You’ll find it 12 miles north of Florence, off Highway 101. For comfortable, affordable condominium accommodation in the area, check our Depoe Bay fully-equipped condos here. 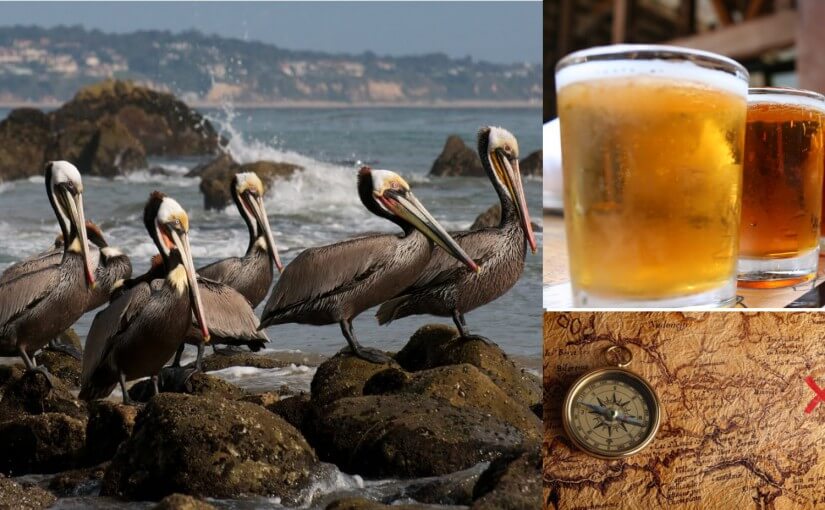 The Oregon Coast offers a variety of unusual spring activities sure to captivate and enchant. This year, partake in one of these three remarkable activities and uncover the flavor and diversity of west coast life.

April and May offer some of the best migratory bird watching you’ll see in North America. We’re not talking about a few feathered friends, but pods of pelicans, convocations of eagles, and volts of vultures. The entire coastline teems with a myriad of aviary amigos. During breeding season, they’re also sporting their most colorful plumage.

Birding is a combination of sleuthing, analytical skills, and intimate interaction with nature. You don’t need a license and you see these spectacular creatures in their natural habitat. It’s the perfect activity to get away from the hustle and bustle for a few hours or even a weekend.

The Birding & Blues Festival in Pacific City is your go-to event if you want to learn about birding and birds. You can hook up with an experienced birder, watch presentations, or enjoy great blues music. You can also tour area capes, or venture out on a field or kayak trip. The festival runs April 29th through May 1st.

Later in May, bring your dog and venture into Newport for the 10th Annual Brewer’s Memorial Ale Fest on May 21st. This dog-friendly event pays homage to the Rogue’s Brewery’s founding dog; Brewer. It’s the largest dog-beer festival in the world. Last year 3,200 people and 810 dogs attended.

You’re able to sample over 50 microbrews on tap and listen to live music, but your pooch never sit on the sidelines. This fun, interactive dog festival includes doggie musical chairs, dog dances, and your pooch can vie for top prize in the celebrity dog look-alike contest. No one can say the Oregon Coast is boring!

Did you know you can search for treasure on the Oregon Coast too? Florence is now part of the world geocaching network. If you don’t know what geocaching is, think treasure hunting using GPS. You set out to find a set of coordinates and hidden treasure. You never know what’s inside until you find it, and if you take something out you must leave something of greater value!

Geocaches vary from easy-to-find to complex, with clues or puzzles to solve to locate the treasure. In the Florence area, you could scale sand dunes, peer over ocean cliffs or wander down miles of sandy beaches pursuing the elusive geocache. You might ramble through Florence’s historic Old Town or explore a hidden trail around a coastal lake. Some geocaches are also underwater, so the diverse tidal pools along the coast are fair game too.

The Florence area has 36 caches, but you only need to find 24 to “officially” complete the tour. Beginner geocachers can visit the Adventure Center to garner tips and tricks for success.

When you’re in the area, you’ll want to stay in comfortable accommodations. We offer beachfront condos with all the amenities in nearby Depoe Bay. The Oregon Coast is your destination for remarkable spring adventures.