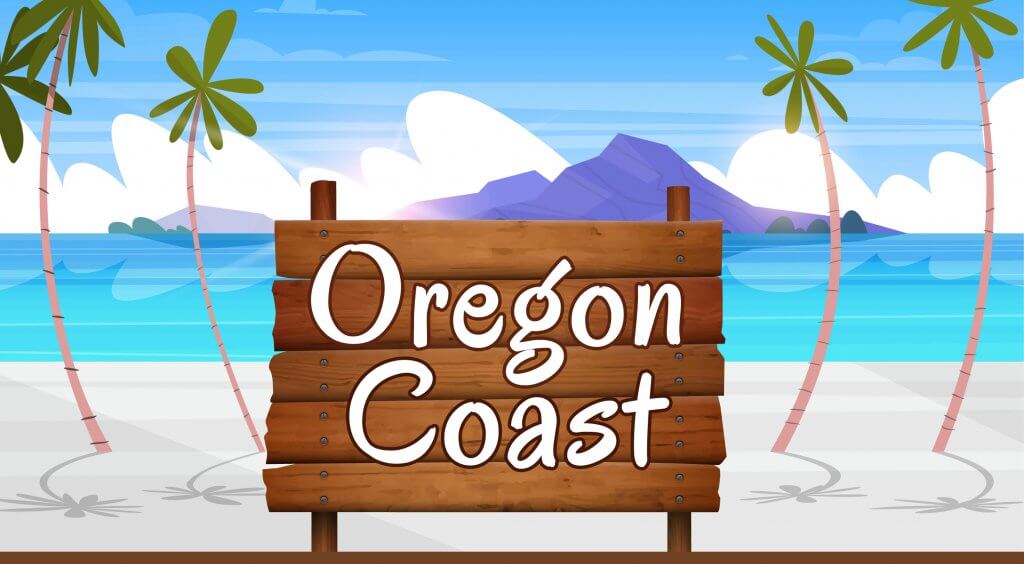 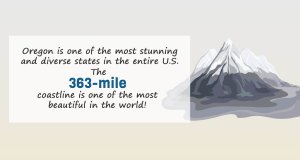 towns, the coast is a popular vacation destination for those traveling far and wide. Art, history, and diverse food and beverage scene are just a few of the highlights on Oregon’s coast. One of the most diverse states in the U.S., Oregon’s coast varies greatly from north to south offering a little something for everyone. Other popular areas in Oregon like the Cascade Mountain Range or the city of Portland are easily accessible from different points on the coast making it a central location for the avid adventurer. 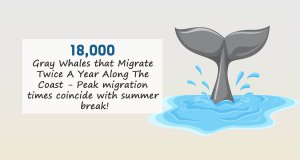 All 363-miles of Oregon’s beaches are designated as public lands. In 1967 Oregon 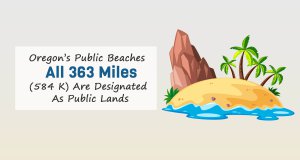 passed a bill commonly known as the “Beach Bill” much to Oregonians relief. The decisive battle came after a Cannon Beach hotel owner exercised his property rights and blocked off a section of beach with large pieces of driftwood. Until this point, only the wet sand portion of the sand was actually designated as “public highway” and the rest of the beach could, in fact, be privately owned. The State Highway Commission, with the backing of Governor Tom McCall, set out to make Oregon’s beaches public and eventually succeeded when the Beach Bill was passed. 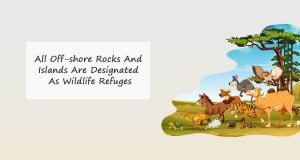 In order to keep coastal wildlife safe, all of Oregon’s off-shore rocks are designated as wildlife refuges. Oregon’s rocky coastline is home to seabirds, tufted puffins, sea lions, and more. The Oregon Coast National Wildlife Refuge Complex consists of six national wildlife refuges along the Oregon Coast. The Refuge Complex provides protection to thousands of small islands, rocks, reefs, headlands, marshes, and bays totaling a whopping 371 acres, and 320 miles of Oregon’s coastline. The marine refuges are Three Arch Rocks, Oregon Islands, and Cape Meares and the estuaries are Bandon Marsh, Nestucca Bay, and Siletz Bay. Aside from Tillamook Rock Lighthouse and its surrounding rock, all other islands are closed to public access. Boats must remain at least 500 ft away, and aircraft must maintain at least 2,000 ft clearance 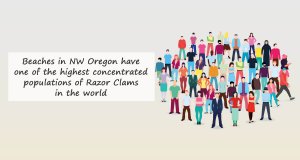 The beaches in Northwest Oregon, specifically the Clatsop Beaches, have one of the highest concentrated populations of razor clams in not only America but the entire world! Anyone visiting Oregon can purchase a shellfish license allowing for the digging of razor clams, and crabbing when permitted in Oregon. It is said that about 95% of Oregon’s Razor Clam digging occurs in Northwest Oregon because they have the most stable populations and beach stability. 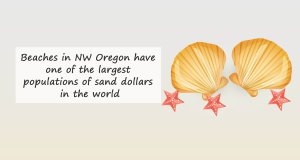 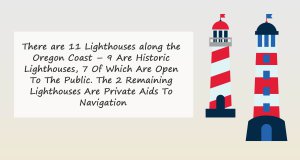 Oregon is home to 11 lighthouses. 9 are designated as historic, and 7 of them are open to the public. The 2 remaining lighthouses are closed to the public and are still used for navigation purposes. The Heceta Head Lighthouse, which was constructed from 1892-1894, is a bed and breakfast allowing visitors to stay in the original keeper’s cottage.

Lewis and Clark arrived in what is now Seaside, Oregon in the Northwest corner 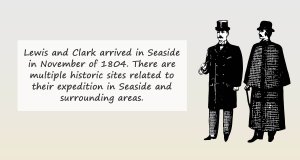 of the state. After a 4,000 mile long journey, the expedition set up camp in Clatsop County to bear the winter before heading home. “Ocian in view! O! the joy!” wrote Captain William Clark as he stood at the Columbia River Estuary. Fort Clatsop, a National Historic Park, is open to the public where they can check out artifacts as well as a replica of the original Fort Clatsop. 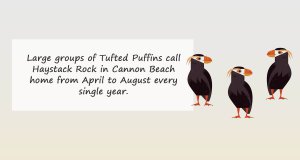 Large groups of Tufted Puffins call Haystack Rock in Cannon Beach home. Like all of Oregon’s offshore rocks, Haystack Rock is a designated wildlife refuge thanks to the Oregon Coast National Wildlife Refuge Complex. There are usually about 250 Puffins on Haystack Rock at any given time, but that number can fluctuate depending on a variety of factors. Their white faces, thick orange bills, and bright yellow eyebrow tufts make for some cool sightings! 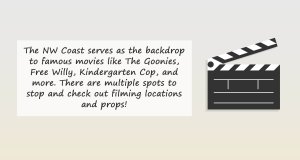 over the years. Some famous titles include The Goonies, Kindergarten Cop, Free Willy, Short Circuit, Teenage Mutant Ninja Turtles, and The Ring. Northwest Oregon has also served as the backdrop to some pretty famous TV Shows. Most recently Ghost Adventures aired a 4-part series showcasing Northwest Oregon (Specifically Astoria) and the spooky history the area entails.