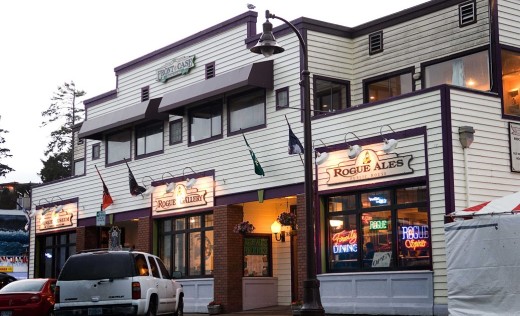 Rogue Ales Public House was originally the Bayfront Brewery. Opened in 1989, this two-story brewpub offers stunning views of the marina and Yaquina Bay. They brew their ales at Brewers on the Bay in Newport, but it wasn’t always so. At one time they made their beer in the garage across the way.

Rogues crafts world-class ales, lagers, porters, mead and kolsch. They also offer artisan spirits, distilled in copper pots and hand-bottled. The Rogue Ales Public House has seating outside for those warm, breezy days and food for the whole family.